From the beaches of Dunkirk to the velvety red carpet of the Dolby Theatre in California.

That’s exactly where Christopher Nolan’s WWII epic is headed to pick up its Oscar.

Dunkirk is the iconic true story of Operation Dynamo and the evacuation of allied forces from northern France, made up predominantly of the British Expeditionary Force, after the failed Battle of France in 1940. Stranded on a beach pinned down by German forces, sitting ducks for the dreaded Luftwaffe and with British destroyers unable to access the shallow waters, the soldiers were only a few miles from home but the White Cliffs may as well have been the moon. Nearly 400,000 allied troops waited on the damp sands of Dunkirk yet they couldn’t have been more alone. In the end, home came for them. 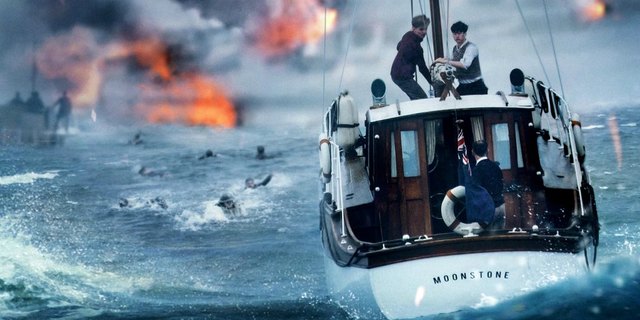 Home came for them

For this self-proclaimed war buff, historian and long time Sir Kenneth Branagh fan, the Australian bow of Dunkirk could not come quick enough. When the day finally arrived it was IMAX or nothing. After being ushered into the theatre by a youngster no older than many boys who went to war in 1940, my friend asked me where I wanted to sit, I had excitedly replied with “right in the cross hairs!” It would not be long before I saw the terrifying irony of my decision.

From the outset, Chris Nolan’s 70mm behemoth did not disappoint. The scarcely used widescreen format was an exercise in total immersion that left me wiping crusted sea-spray from my eyebrows and shaking sand out of my shoes for the rest of the evening. It also left me wishing I had a sedative handy. Dunkirk is 1 hour 45 minute long anxiety attack. The atmosphere of fear and desperation created by Nolan is as relentless as the Dunkirk tide, which comes in every three hours, or maybe every six hours; fortunately there’s a Navy guy there to clear that one up…

Nolan’s Dunkirk structure can be best described as a triptych. He has cleverly split the evacuation narrative into three threads, threads that are identified by titles at the beginning of the film: The Mole, The Sea and The Air (It also mirrors Churchill’s post-evacuation speech). For those who may not be aware, The Mole is actually a breakwater wall at Dunkirk and the only suitable location for embarking soldiers onto larger vessels such as destroyers. But in typical Nolan style (Memento, Inception), telling you the same story from three different perspectives wasn’t quite enough, each perspective is also told within a different time period. We cover one week on the Dunkirk beach, one day on a civilian boat heading to Dunkirk and one hour in the air with the RAF Spitfire pilots.

When you think about it, the timeframes make sense. The Spitfires carried just enough fuel to spend roughly 40 minutes over Dunkirk, less if they encountered enemy planes in the Channel, this equated to a much shorter involvement in the evacuation of Dunkirk if no less traumatic. The issue of fuel is a subtle but key focus of The Air thread. We spend a day on one of ‘the little ships of Dunkirk’, part of a motley flotilla of around 700 civilian vessels called into service. Depending on the size of the vessel and the route taken the crossing could take a few hours or more so from dock to Dunkirk and back was more or less a day. We know the 338,000 allied soldiers were evacuated between 26 May and 4 June, so you can see where that’s going. Much like the unpredictable Channel it can get a little choppy but for the audience who pay attention it’s extremely rewarding when it all comes together.

Another reason the unusual structure works is because it adds an alternative depth to a film that deliberately lacks exposition. There’s no time wasted on character development, no poetic monologues, Nolan is about bang for buck and a visceral rather than intellectual experience. As the saying goes; actions speak louder than words and death in the waves of Dunkirk was often silent. Lack of dialogue also happens to be a major plot line with The Mole taking on a double meaning. I won’t spoil it but after a Harry Styles Lord of the Flies moment we see from the desperate measures of some soldiers, their sheer will to survive. While our characters might not have much to say, Hans Zimmer’s score raises the intensity and keeps the heart pounding. I enjoyed the tick tock that accompanied the score much like a pulse and made my stomach clench in anticipation of a moment of catastrophe and tragedy.

The accuracy of Dunkirk is hard to challenge. Everything you see in this film is true to accounts including gliding Spitfires and suicide in the waves but what impressed me even more was Nolan’s finer touches. References to shell shock which is often only intimated in many movies, the fear rescued soldiers had of going below decks, feelings of shame expressed by the soldiers evacuated because all they saw was failure, and the bitterness towards the RAF for not doing more which, unbeknownst to the soldiers at the time was actually a deliberate decision by the Government. Nolan doesn’t shy away from the initial “only British” on British ships controversy either, it can be easy to forget the French and a number of other smaller contingents of allies were on that beachhead being bombed and strafed as well. In the case of the French First Army, while many were eventually evacuated, 40,000 maintained a rearguard action covering the evacuation and were then forced to surrender to the Germans on 4 June after Operation Dynamo officially ended.

Shock and awe without the gore

I followed the making of the film and it was clear immediately that Nolan wanted realism with just a finishing layer of SFX. The production team shot on location, had real destroyers, flew real Spitfires and had thousands of extras wading waste-deep in the tempestuous Dunkirk waters; they even rebuilt The Mole! According to Marine Coordinator for the production, Neil Andrea (Castaway, Pirates of the Caribbean and Captain Phillips), there were up to 60 ships in the water at various stages of the shoot and the film ”was basically a re-enactment of the real events.”

Surprisingly for a war film though Nolan didn’t have the standard combat gore, and it worked perfectly well without it. This just wasn’t that type of movie. What worked for last years Hacksaw Ridge or even Saving Private Ryan was not going to value add in Dunkirk. A row of bodies being whipped by wind-blown sand, a single scream from an unseen soldier being crushed by a ship or men quietly pushing away bodies washed in on the rising tide is just as powerful and traumatic as seeing a man trying to put his own intestines back in. Nolan just didn’t need the go-to blood and guts to create what could be easily described as a thriller as much as a war film. The absence of such carnage also meant a PG-13 rating and would extend the audience reach which was something Nolan was very conscious of.

The cinematography, helped by the 70mm format, did everything from demonstrate the expansive and at times desolate Dunkirk shore to putting you in a Spitfire cockpit or the on the deck of Mr Dawson’s 43ft long Moonstone. This is where I have to thank Cinematographer Hoyte Van Hoytema for literally putting me in the cross hairs in the first Stuka dive bomber attack on the beach. Despite my attempt I couldn’t lean any further back in my seat as the bombs came straight at me! I’m confident my impression is still in seat 20, row 18. 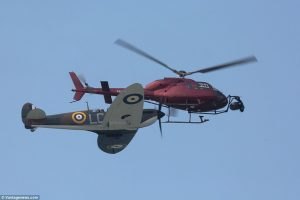 Now for the ensemble cast. It’s a predominantly young, relatively unknown cast for obvious reasons with a smattering of elder statesman including Oscar winner Mark Rylance (Mr Dawson) and Oscar nominee Sir Kenneth Branagh (Commander Bolton) who bring the gravitas. Tom Hardy (Farrier) is probably the most recognisable of the actors outside of the UK and plays one of two Spitfire pilots in the film. Jack Lowden (Collins) plays the second Spitfire pilot. There is a lead character, despite the constant shifting of perspectives, played by newcomer Fionn Whitehead (Tommy). Tommy represents the collective young British soldier at Dunkirk. Whitehead spends a good portion of the film teamed up with Aneurin Barnard (Gibson). The pair seem to develop a companionable silence from their first awkward meeting which comes under scrutiny later in the film. Both were brilliant. Cillian Murphy is in the line-up, known only as the “shivering soldier” on IMBD but his performance is rock solid. Harry Styles (Alex) made his film debut and I have to say he did a more than respectable job.

It’s difficult to pick a stand-out in an ensemble cast but there’s no denying Tom Hardy’s eye work in a confined space with the rest of his face covered was a masterclass in the less is more theory. Mark Rylance is the stoic civilian boat owner Mr Dawson and definitely the guy you want coming to rescue you. In typically British understated fashion there’s a time and a place for a cup of tea and that’s on your way to Dunkirk under threat of U-boat attack, mines and Luftwaffe! But it’s not all tea and scones onboard the Moonstone and their bid to save lives has its own devastating consequences. As for Sir K, he’s got his own eye work happening. That man can well up on cue and at 70mm the risk of drowning in his tears was very real. On a serious note though Commander Bolton demonstrates the agonising decisions the officers of Dunkirk had to make and the harrowing consequences of those decisions were felt deeply through Sir K’s portrayal. 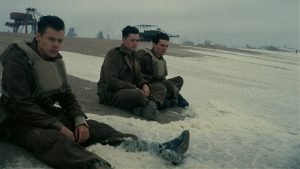 This film has heroes but it’s not about heroics. Dunkirk was a disaster but the film isn’t about failure. Soldiers wanted to go home but there’s no sentimentality. Dunkirk is about survival. Base, animalistic, instinctive survival. Dunkirk white-knuckles its way across the Channel and the viewer is as trapped in the experience as the soldiers on the beach. Dunkirk also captures the determined, stiff upper lip mentality of the Brits that would see them turn Dunkirk into the miracle that would unite a nation and see them through another 5 years of war.

I give Dunkirk 5 out of 5 scones with jam and cream. This will be the best picture winner in March 2018 and it’s THE best WWII film ever made.