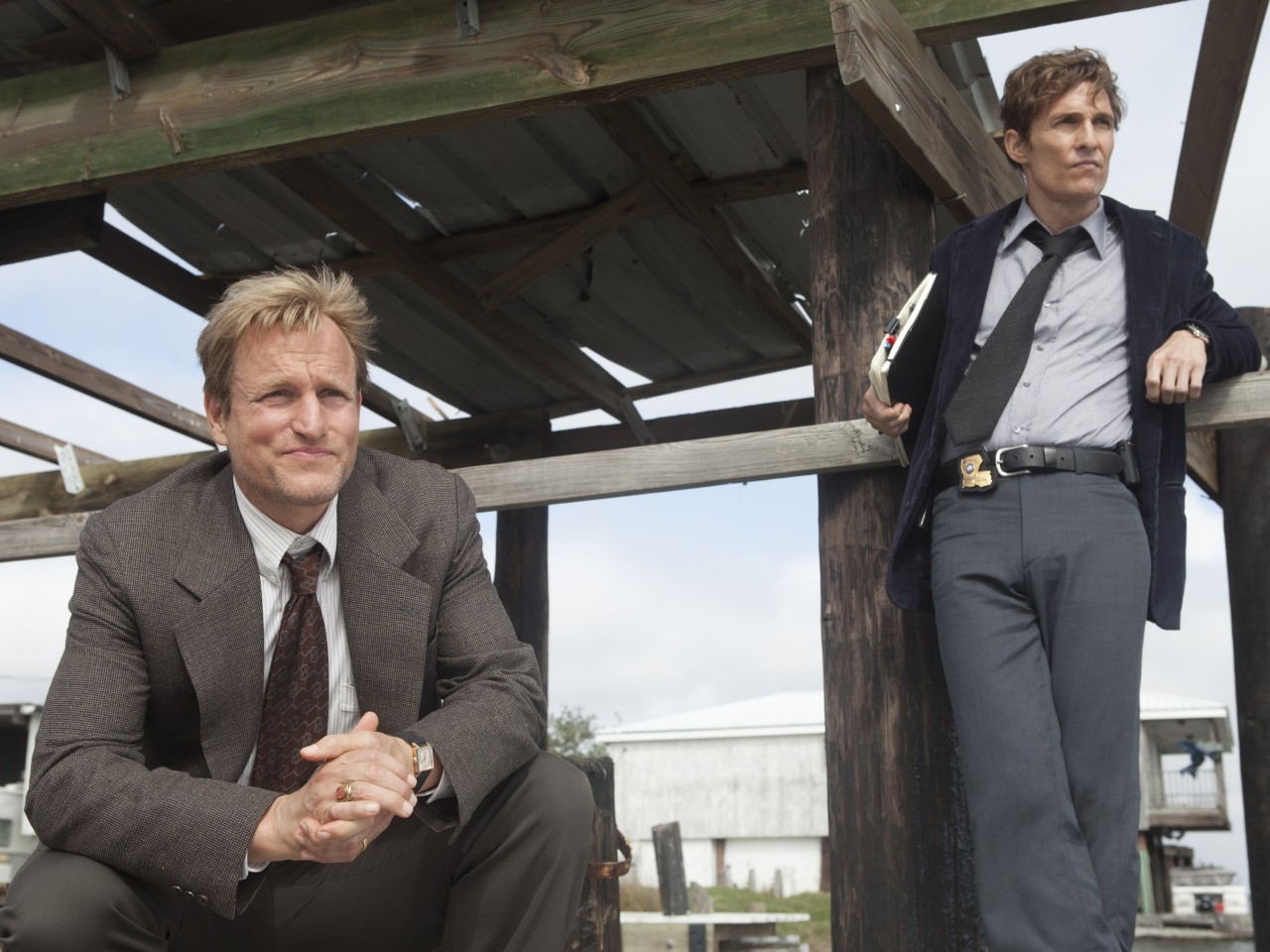 Forget McConaissance, it’s bigger than one man. Think Iconaissance. A growing movement of big screen performing arts master craftsman, sweeping across our small screens, recruiting new generations of fans and breathing life back into fans of performances past. The list of silver screen lions switching to a more domesticated environment is impressive, growing, and making us purr with contentment. Here’s an example of those you’ve probably already had in your lounge room or soon will: 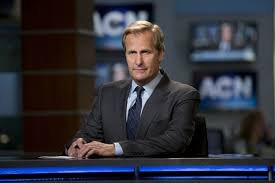 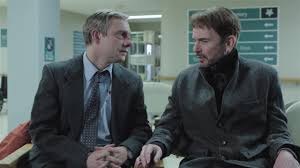 But what’s behind the recent resurgence of some of our acting greats? Is it the ravenous viewer appetite for quality content and the emergence of new platforms? Maybe these ageing greats just need cash injections to supplement their retirement? Have these old dogs learned new tricks by embracing social media for self-promotion? The only thing I haven’t seen Kevin Spacey on is America’s Most Wanted. Spacey’s Oscar selfie alone won him marketing immortality and Matthew McConaughey is out-Starbucking Starbucks! Or could it be they have simply sat dormant in the cool shadows maturing like fine red wine waiting for a connoisseur like HBO or Netflix to throw an original content party and pop their cork? It might be a combination of some or all of the above. Perhaps we need to look to the past to find the answer.

The most prominent examples of this Iconaissance, Spacey and McConaughey, both flourished and thrived in the period known as the decade of drama: the nineties. Along with other seemingly lost stars, or those whose pace seemed to slow to a meander such as Edward Norton or Sean Penn, these gifted actors were all part of another movement; that of the American Indie Film. They rode the wave of the New World Order created by the likes of Soderbergh and Linklater, the Coen Brothers and Tarantino. The reinvigorated Sundance Film Festival provided the spotlight that brought the Indie out of the shadows. Check any “Top Ten”, or twenty five or one hundred film list and you’ll find most of the names I’ve mentioned so far, some are recurring favourites. In fact Spacey features most prominently and was voted actor of the decade by Empire. “And like that, poof. He’s gone.” 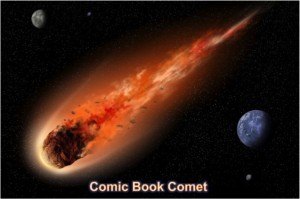 With the new millennium these icons of the industry disappeared from our theatres and subsequent collective conscious. The usual reasons for their Casper the Ghost impersonations spring to mind: Oscar curse, burn-out, tall poppy syndrome, fickle fans distracted by something shinier; the old “I             needed to find myself” routine, catastrophic extinction event…

My opinion: technological advances enabling the blockbuster epidemic, pushed drama to the brink of extinction. Big budget movies laden with special effects and lacking in meaningful dialogue flooded the market. In 1993 Jurassic Park pioneered the use of Computer Generated Images (CGI) in film which would lead to the Pixar phenomenon that started in 1995 with Toy Story. In 1998 Saving Private Ryan made all kinds of headlines for its 27 minute, $12 million opening sequence. But these movies still had soul, the audience was invited to have an intensely personal relationship with their characters, there was depth in their narrative.

What was the price of this technological filmmaking revolution? Storytelling in cinema has become the exclusive domain of the indie film maker with the major studios channelling greenbacks into aesthetics. Classically trained actors, artists, writers, professionals and master craftsman met a metaphorical end at the hands of a creativity sapping, cerebral cortex crushing, pulse film apocalypse. Movies are about muscles not monologues, sequels, not substance. The advent of digital imagery, novelty of 3D and the attempt by comic book nerds to take over the world; mean aesthetically appealing “bling” flicks attract the inbetweener demographic. This is the group that’s too old for Disney but too young to understand the nuances of a Quentin Tarantino masterpiece.  Buy-in from the inbetweeners and tapping into the inner Peter Pan of older demographics translated to Box Office (BO) cash and return sales on future instalments, enter the franchise. The addition of the lucrative merchandising revenue stream alone keeps the Benjamins trickling in long after the DVD is released. Hollywood has become a production line, critical acclaim and storytelling mean less to a major studio than its opening weekend projections. Yes franchises have always been around, and yes they have their place in the market, but we’ve reached saturation levels that only an aquatic animal can survive.

Network Television wasn’t fairing much better, chasing the advertising dollar like a tipped-off paparazzi, bombarding primetime with suburban garbage I could get Gladys Kravitz style in my own street. Whilst I can’t prove it I’m convinced reality TV, as it was coined, was responsible for Benjamin Buttoning the IQ of most of the First World Nations populous. The only small screen shining lights for drama of the noughties were the hard hitting The Sopranos and The Wire. The latter setting a Metacritic record in its fourth season with a 98% rating that would not be broken until seven years later by the fifth season of Breaking Bad with a 99% Metacritic rating. It should be noted both hailed from the HBO Original Programming lineup. 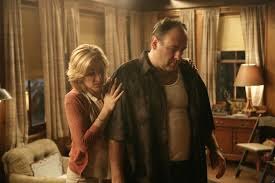 A seed was sewn, and while we didn’t know it then, the Golden Age of Television was dawning. Many of the current crop of original programming hits claim to have looked to these noughties juggernauts as the Godfathers of episodic drama. When The Sopranos and The Wire finished in 2007 and 2008 respectively we were just getting our first taste of Breaking Bad. NCIS was starting to hits its stride and would become the number one scripted drama in America, a title it continues to hold despite being a Dramedy and not a traditional Drama. The downside being it has never really received any critical acclaim much to the chargrin of its regular 15 million plus viewership . DVD Box sets were also now starting to show up on household Christmas wish lists, another sign of things to come.

There are some from the era however who persevered. Tom Hanks is probably the standout, George Clooney and Matt Damon, Clint Eastwood and Morgan Freeman are perennials; many of these though choosing to take up behind-the-camera roles. Others who seemed to simply vanish include Tim Robbins, Kevin Kline, Edward Norton and Ralph Fiennes. Even Anthony Hopkins went dark. De Niro went from terrifying character to terrifying character to playing side-kick to up-start comedians. So, like any animal facing the destruction of their natural habitat, they evolve, move on; or die.

Now it appears they have followed the writing and the storytelling. Those who survived the destruction of their habitat are now gorging themselves on the rich, fertile plains, of television. It’s a landscape that has also undergone reformation due to tectonic plate shifting, the birth of the digital distribution, and the decay of appointment viewing. We’re in an era which has spawned a whole new generation of hungry content consumers, and a habit known as binging, taking content consumption and instant gratification to new levels. Spacey had this to say about the attraction of the small screen:  “The people who want to make character-driven dramas are all working in television now.” And there is plenty of great television right now, with and without A-list stars, Mad Men, Game Of Thrones, Dexter; Orange Is The New Black, House of Cards, True Detective; you could go on for hours. The mobility of storytelling on multiple devices, cheaper access (Netflix subscription per month is cheaper than the cinema admission price), the complexity of the arcs and character development that true creatives crave and thirst for, the removal of the pilot model and appointment viewing by digital distributors; has all combined and conspired to lure in our most talented dramatic actors.

Once known as the “Idiot Box” the TV, and every other device that can access data, is now a playground for the industry’s creatives; and a feast for the viewer who has little interest in what a Kardashian is doing at any given moment. Just like in Jurassic Park, “Life found a way.” Our greats survived, they evolved, they found a way.

Welcome back everyone, we’ve missed you.