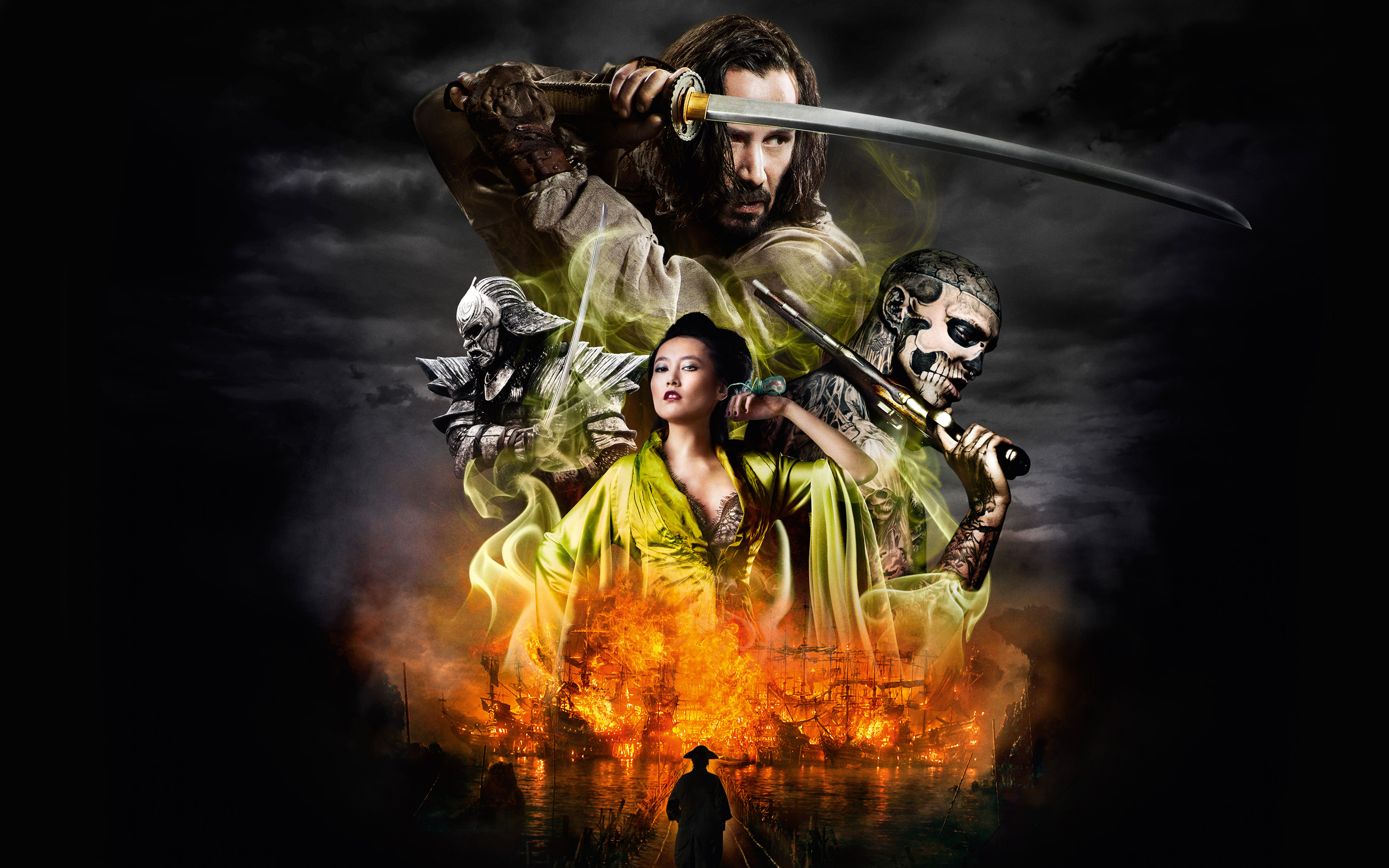 For anyone not familiar with the Japanese legend this is essentially a story of treachery, honor and vengeance. A band of disgraced and banished Samurai, known as Ronin, reunite and seek retribution for the death of their master, Lord Asano, who was bewitched by a rival clan leader and then sentenced to death for dishonorable behavior. The Ronin take on the forces of witchery and avenge their master but are also sentenced to death for breaking an oath to the Shogun. As their cause was deemed just and followed the old laws they were permitted death by seppuku, or ritual suicide, reserved only for Samurai. And so their sacrifice would become legend, at least that’s how it’s supposed to go…

Now, in isolation from the original legend, 47 Ronin isn’t a bad movie. It’s visually appealing but not over the top, a sprinkling of SFX lends credibility instead of causing epileptic fits, and I couldn’t pick out a bad performance amongst the cast. In fact, I didn’t know whether to be terrified or turned on by the Witch played with venomous vigor by Rinko Kikuchi, and Hiroyuki Sanada (The Railway Man), who plays Oishi and is head of the Samurai, brought gravitas to the tale.

But it’s the addition of Keanu Reeves character, the ‘half breed’, to the story that has caused contention, particularly in Japan where the movie committed Box Office suicide. 47 Ronin died a very dishonorable death indeed and the bad press followed it as persistently as Keanu’s facial hair.

The new version of the story sees Keanu’s character Kai found as a young boy and raised by Lord Asano. But he is always an outcast, sitting precariously on the lowest rung of the social ladder, and reminded frequently of this fact by the Samurai. This then leads us to the other new element, the ‘forbidden love’ chestnut between Kai and Lord Asano’s daughter, Mika. When it all goes pear shaped the Samurai soon learn that Kai is indeed different. He apparently spent his early years in a tangled forest being moulded into an instrument of death by some very antisocial, robed, bird-like creatures who have mastered the art of the mind f**k! Now Kai teams up with the Samurai, who have suddenly recognised their folly and accept him as one of their own, and puts his murderous abilities to work so that he can save Mika from a fate worse than death that is, marrying the clan leader responsible for her fathers’ death. Raka raka raka the 47 Ronin save the day, balance is restored and the Samurai are served up as sashimi in honour of the Shogun.

I’d just like to clarify now that it’s not the deliberate move away from the original legend that bothers me, movie makers have never been accused of letting the truth get in the way of storytelling, it’s the rationale behind the change that was disheartening. The ‘half breed’ character was allegedly included as a vehicle to deliver Japanese cultural and social structure to audiences outside of Japan, based on an assumption westerners wouldn’t understand the concepts of a feudal hierarchy system, which if I’m not mistaken was prevalent throughout the world for thousands of years prior to the slightly more extreme Japanese Shogun application of the system between the 17th and 19th Centuries, and can still be seen today by anyone who isn’t gullible enough to believe we live in a classless society. It’s a flawed argument at best.

So I’ve given the creators the benefit of the doubt and would rather think of it as their tactic to compete with the ‘pulse’ film as opposed to being a question of audience maturity. Real cinema now competes with what I call ‘Grenade Drama’ or the ‘pulse’ movie in Hollywood terms, movies of mass appeal that are hastily lobbed, make a lot of noise and obliterate anything of substance caught in the blast radius. These are movies viewed down the barrel of an oversized and unfit for purpose weapon, where meaningful dialogue is replaced by rapid fire exchanges of expletives or sarcastic quips set against a backdrop of randomly placed explosions and all brought to an abrupt and unsatisfying end with a man-hug or a cheesy smile from the main gun toter, sometimes both.

Keanu was definitely brought in as a recognisable face, but hopefully it was to give a beautiful yet relatively unknown story a fighting chance against the flood of comic book regurgitation’s, shoot’em up, grenade dramas that the big studios are churning out and carpet bombing the audience with. Unfortunately it was a gamble that didn’t pay off at the box office and their bid to cater to what they perceived to be the western palette has unfortunately left a sour taste in quite a few mouths.

All in all I did enjoy 47 Ronin and you can’t be too critical of any alleged inaccuracies in a story where two of the protagonists are shape-shifters! For Australians, if you’re into the genre then don’t let a few bad reviews influence you, go and see it now as the run won’t go much longer due to the tent-pole film line up coming out of the U.S post awards season. Sessions are getting hard to come by already.